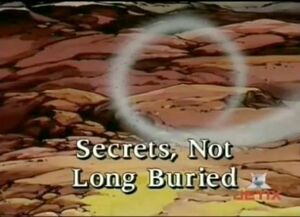 It's kind of a symbol...that humans and mutants have much to offer each other.

Appearing in "Secrets, Not Long Buried"

Synopsis for "Secrets, Not Long Buried"

When Cyclops flies solo to a tiny, western, desert community to see an old friend, his plane is blasted out of the sky. Injured and unable to use his powers, he struggles into town, only to discover his friend is missing and the town is caught in the grips of a militant, mutant-only, anti-human hate group: the Children of the Shadow.

Retrieved from "https://marvel.fandom.com/wiki/X-Men:_The_Animated_Series_Season_4_15?oldid=5390670"
Community content is available under CC-BY-SA unless otherwise noted.