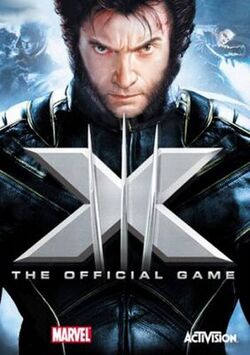 The story opens with Wolverine taking out some anger issues on Jean's death, depicted in the movie, X2. Wolverine wants to do a simulation of his battle with Sabretooth on top of the Statue of Liberty (as they fought in the first X-Men film) in the Danger Room, a technological marvel that can simulate realistic events using solid holograms.

After nearly being defeated by the simulation Sabretooth if not for the arrival of Iceman, Logan agrees to run Iceman's training program that the still-grieving Cyclops was to supposed to run him through. Nightcrawler is asked to infiltrate the remnant of William Stryker's base in Alkali Lake, and he finds out that Stryker had a backup plan to destroy mutants: Mutant Hunting Robots called Sentinels.

Working together, Storm and Wolverine find an A.I. module for a Sentinel, when agents of Hydra, an organization of terrorists, arrive to take the remaining Sentinels to their own base. It is revealed that Hydra designed the robots for Stryker, but the current commander doesn't want them activated. In the depths of the base, Wolverine finds Hydra has a familiar agent: Lady Deathstrike, who was able to survive an apparent death in X2 after being pumped full of adamantium.

Nightcrawler and Colossus destroy the generators for Alkali Lake, and he is plagued by visions of a youthful angry Jason Stryker, who keeps reminding him that he left him to die. When Nightcrawler asks Xavier why this is happening to him, Professor X says that is probably some form of psionic residue left over, and nothing to really worry about. However, it is soon revealed that Jason is alive and well, and wants to continue his father's dream of seeing all mutants destroyed. The mentally unbalanced Jason escapes with agents of Hydra, and the Master Mold.

Deathstrike knocks out Storm and locks her in a chest, and battles Logan in the eye of a hurricane, which Storm has created in her panic (she is revealed to be claustrophobic like her comic book counterpart). After he defeats her, Deathstrike escapes with the remnants of Hydra, remaining Sentinels, and the Master Mold (a gigantic Sentinel "factory"), Wolverine tells Storm he is going to follow, because Deathstrike is a key to his past, however small. Storm questions why he constantly leaves them behind (Wolverine is still not a full member of the X-Men, and he doesn't actually join until the events of X-Men: The Last Stand). Wolverine promises to return as he hitches a ride on her helicopter, which is going to Tokyo. Iceman, Storm, Colossus, and Nightcrawler return to the Institute in the X-Men's jet.

Iceman is told to fight Pyro, who is threatening to destroy a nuclear reactor. Iceman arrives and battles his one time friend, who is now a member of Magneto's Brotherhood, and is using his powers to create a giant Fire Serpent. Iceman has to defeat it to save the city, and he accomplishes this task. Pyro escapes and Iceman meets up with the rest of the team, after Xavier praises his skills in the battle.

Nightcrawler and Storm face off against one man who is many: James Madrox, the Multiple Man, a terrorist who robbed several banks who wants to blow up a bridge using his army of duplicates. Nightcrawler defeats Multiple Man, and he is to go to a prison for high-powered mutant criminals. This storyline is somewhat picked up in X-Men: The Last Stand, when Magneto and his new Brotherhood free Multiple Man from the Prison Convoy.

Wolverine infiltrates Hydra's main base, interrupting the Silver Samurai, who tells Deathstrike she shouldn't feel dishonored by William Stryker's underhanded method of controlling her (using Jason's serum in X2). Wolverine interrupts their discussion, and Samurai runs away, leaving Wolverine to a final battle with Deathstrike. Victorious, Wolverine leaves Deathstrike to what he hopes is a real death this time when she was crushed under a pile of rubble.

Logan follows Silver Samurai to his base, who tells him that he is a mutant, and if Wolverine can defeat him in combat (the two being great warriors), he will tell Logan how to defeat the Sentinels through the Master Mold. Samurai's power is the ability to charge his sword with energy, letting it slice through nearly anything, and to channel energy blasts through it. Conquering Samurai in combat, Wolverine emerges the winner, gains the information, and tells the team how to defeat Master Mold.

Xavier telepathically contacts Magneto, and asks him for help in facing the Sentinel forces. Magneto agrees to a final team-up, saying the next time, it will be as foes again. The X-Men, meanwhile, are attacked by new, towering Giant Sentinels, crashing the X-Jet and leaving Iceman to defeat the huge robots. Iceman wipes out these Sentinels, as Master Mold lurks in the distance. Magneto arrives and uses his powers of magnetism to crush the many Sentinels attacking the mutants. The temporary alliance over, Magneto sends Sabretooth (who has a healing factor, like Wolverine, and survived his fall from the Statue of Liberty) after a new recruit for his Brotherhood: Jason Stryker, whose mind control powers would be a great asset... if he can be convinced to stop hating his own kind.

Arriving inside the Master Mold, Nightcrawler must disable its control center, while he is aided by a different, nice apparition of Jason Stryker, who helps point the way through the maze of the Mold's body. When he arrives at the Master Mold's command center, he finds Jason, who hates the younger "ghost" Jason, a manifestation of his split psyche.

Wolverine arrives in the Master Mold, and Jason uses his powers to make Wolverine fight himself in a mental battle in the Weapon X Lab, to fight his own demons. Wolverine is victorious against a horde of himself, and he heads to Nightcrawler's location, in the Master Mold's head. Jason tries to get rid of Nightcrawler by entering his mind and trying to convince Kurt that he is not a mutant, but a real demon. Nightcrawler disables the Master Mold's neural net, changed by Jason to look like a demonic realm, complete with demons. Meanwhile, Iceman must destroy the Master Mold's core, so that it will be a useless machine. He takes care of it, and flees the core's destruction.

Sabretooth works his way to Wolverine and Nightcrawler's location, knocking Nightcrawler out and taking the wheelchair bound Jason, when Wolverine arrives and attacks his nemesis. The two have a vicious battle, ending with Logan throwing Sabretooth from a great height to be impaled below, and then leaving his rival to, apparently, die. Jason dies in the battle, the good part of his psyche winning, and tells Nightcrawler it is okay for him to leave him this time.

The Sentinels, Master Mold, and Jason out of the picture, the X-Men head home. Nightcrawler tells Xavier he does not want to be an X-Man, for their lives are too violent and he is a peaceful man. Xavier tells him he is always welcome in the Mansion, and Kurt leaves, explaining his absence in X-Men: The Last Stand. Xavier ponders what is in the future of the X-Men, and we go to Cyclops, who is tormented by images of Jean's home and hallucinations of her voice...

New to the X-Movie/Game franchise are Silver Samurai, Jason's "evil" and "good" child (both are male, unlike the female in X2), and Hydra.

Zak Penn and Chris Claremont co-wrote the story for the game. Penn is the co-writer of X-Men: The Last Stand, and Claremont was a longtime writer of the X-Men comic books, establishing the personas for many of the "new" X-Men team, which featured then new members Storm, Nightcrawler, Colossus, Banshee, and Wolverine. Claremont is perhaps best known for the Dark Phoenix Saga. Together, the two have woven a tale that fits in between X2 and X-Men: The Last Stand continuity.

Players control the actions of several X-Men related characters, most notably Wolverine, Nightcrawler, and Iceman, as they uncover a plot to eradicate mutants. Sometimes, another X-Man will help the player's character battle.

You play character specific missions, on Easy, Hero, and Superhero (Easy, Normal, Hard) Difficulties. The harder the mission, the more Mutation Bars you earn. For example, Easy may give you one; Hero, 2; and Superhero, 3. At each mission's end, you use your newly acquired Bars to process the character's skills, making them stronger. As the game progresses, you will get fewer Mutation Bars on each level, and each character's attributes have a maximum of 5 bars. The last two slots cannot be filled until each character's last few levels.

Nightcrawler can increase Life Gauge, Shadow Aura Cooldown (decrease the time to use his Shadow Aura healing activation), Brawling (Standing Attack damage), Precision (Jumping Attack Damage), and Teleport Attack Chain (the number of times you can press punch or kick after teleporting behind an enemy).

If Colossus is an ally, he attacks automatically. With Storm, she has a bar in the lower left corner, and the fuller the bar, the more times she can deploy a bolt of lighting to attack foes by pressing the Ally Button on the controller. For example, a one fourth full bar may deploy one bolt, but a maximum bar will deploy either four or five bolts, knocking out most enemies at once.

X-Men: The Official Game was widely bashed and called a "cash-in" to X-Men: The Last Stand by critics.[2]

In the consoles and PC, some of the problems cited were repetitive gameplay, poor enemy AI [4] and the fact that the Xbox 360 version looked similar to the other console versions (despite the better hardware)[5].

In the handhelds, the DS version was considered repetitive and hard to control,[3] and the GBA version, a by-the-book platformer.[4] It was also known as being rushed.

Retrieved from "https://marvel.fandom.com/wiki/X-Men:_The_Official_Game?oldid=5807478"
Community content is available under CC-BY-SA unless otherwise noted.