X-Men: The Ravages of Apocalypse 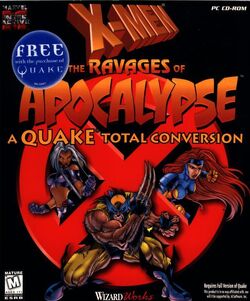 In the future, the mutant Apocalypse has created clones of the X-Men to do his bidding. The player is a cyborg who works for Magneto and must destroy the clones.

Like this? Let us know!
Retrieved from "https://marvel.fandom.com/wiki/X-Men:_The_Ravages_of_Apocalypse?oldid=5371388"
Community content is available under CC-BY-SA unless otherwise noted.