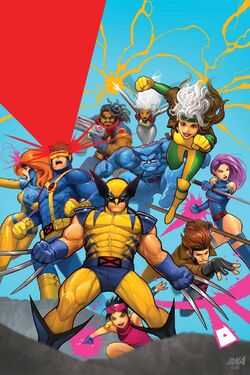 The X-Men are a team of mutants brought together by Professor Charles Xavier, to defend mutantkind from those who hate and fear them, and to use their mutant powers for the benefit of both man and mutant.[1]

Retrieved from "https://marvel.fandom.com/wiki/X-Men_(Earth-92131)?oldid=6075799"
Community content is available under CC-BY-SA unless otherwise noted.