A prologue shows Wolverine hunting/being hunted by a group of soldiers in a bleak urban environment. He is wearing a shredded uniform reminiscent of the costume seen in the X-Men films, indicating that this may take place at a later time. His thoughts drift to a forgotten past.

The game begins in Africa, which is implied to be Wakanda, due to Stryker's interest in meteorite deposits in the regions. The Africa missions, which are presented as flashbacks, chronicle the events which lead to Logan disbanding from Team X, showing that his own morals conflict with what Team X is ordered to do.

Three years later, when Logan has settled in Canada with his girlfriend, Kayla Silverfox, his brother Victor Creed reappears at a local bar where he and Logan battle. Creed emerges victorious, breaks Logan's bone claws and knocks him unconscious. Upon waking up, Logan finds Kayla dead. Col. William Stryker arrives, offering Logan a chance at revenge. Logan accepts and undergoes a procedure that bonds adamantium, an indestructible metal processed from the meteorite deposits, with his bones. As the procedure ends, Logan overhears that Stryker wants him terminated, and becomes enraged and breaks out of the Alkali Lake facility, killing many of Stryker's men in the process, including Agent Zero.

Logan travels to the Project: Wideawake site searching for John Wraith, where he has a confrontation with Bolivar Trask and his mutant hunting Sentinel. After being freed, Wraith leads Logan to Fred Dukes, who in turn leads Logan to Remy Lebeau, who mistakes Logan as one of Stryker's agents. Logan pursues Lebeau to the roof of the building, where he convinces Lebeau to take him to Stryker's island base. Arriving at the island, Logan learns that Silverfox is alive and her "death" was a ploy to get Logan to volunteer for Weapon X. Devastated by the truth, Logan accepts Stryker's offer to erase his memory, but changes his mind after Creed takes Silverfox hostage. Following Creed and Logan's fight, Stryker's Weapon XI, Deadpool, is sent to kill Wolverine, and after the ensuing battle, Logan's memories are damaged when he is shot by an adamantium bullet from Stryker's handgun.

In the epilogue, Bolivar Trask, who has perfected the recreation of human body parts via robotic replacements, has taken Logan hostage. Logan breaks free of his chains, but Trask flees. An army of Sentinels are seen in the distance in a ruined city, destroying everything in sight and Logan also quoting that "this world may be broken, but he's got the tools [his claws] to fix it". 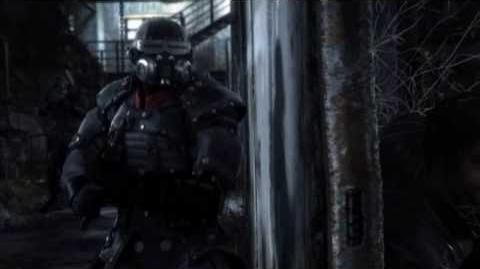 X-Men Origins: Wolverine is an action-adventure game developed by Raven Software and Amaze Entertainment and published by Activision. The video game is loosely based on the film of the same name. The game is scheduled to coincide the release of the film and will be released for Xbox 360, PlayStation 3, Microsoft Windows. These three versions are developed by Raven Software. The game will also be released on PlayStation 2, Wii, Nintendo DS, and PlayStation Portable. These versions are developed by Amaze Entertainment. The Xbox 360, Playstation 3 and PC versions will be released as the 'Uncaged Edition' and will contain more violence and blood than the other versions. A demo is due to be released to Xbox Live and Playstation Network on 1st May 2009 - Which is also the full games release date. 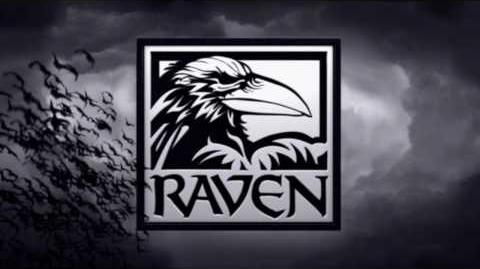 Origins is influenced by games such as God of War and Devil May Cry. According to a recent preview on Gamespot, the gameplay will also feature a large amount of blood and gore.

Raven Software addressed a major deficiency of previous Wolverine videogames, lack of regeneration, by creating a progressive damage system. When Wolverine is shot or stabbed, which removes parts of his flesh and clothes, his injuries will heal in real-time, allowing you to see his muscles and skin grow back. Layers of skin and muscle are peeled back to eventually reveal his adamantium skeleton. Wolverine possesses enhanced feral senses, which can be used in a variety of ways, such as solve puzzles, reveal hidden escape routes, and find weak points in opponents.

Combat relies on three options - light attacks, heavy attacks, and grabs, mapped to one button apiece - but doesn't ask players to memorize long combo strings. Another form of attack is the lunge, which allows Wolverine to quickly close the distance between him and an enemy. Not only can Wolverine dispatch of enemies via his variety of attacks, he can also use the environment to his advantage, like impaling foes on spikes. During the course of combat, Wolverine's rage meter begins to build up, and when full allows him to unleash more deadly, devastating attacks. His claws will also glimmer red when he is in berserker mode.

Easter eggs from other games can be found, such as the Lich King's sword from World of Warcraft, can be found in the Chapter 2: The Frozen Tundra - level What I Do Isn't Very Nice and the cake mentioned in the game Portal can be found in Chapter 3: Days of Future Beginnings - level Bolivar Trask.