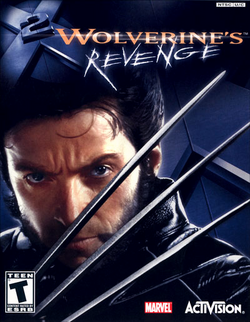 The story begins in 1968. Logan is walking along a backstreet, when behind him come some agents from the Weapon X program. They try to capture Logan so they can take him to the Weapon X facility. Logan tries to defend himself but he is shot with a tranquilizer dart and knocked unconscious. Logan is taken to the Facility and subjected to the adamantium bonding process. Soon after, he escapes from the experiment chamber and tries to get outside. The Professor calls him an animal, which enrages Logan and helps him escape the Professor's control. Logan tries to get to The Professor to confront him but he is stopped by Sabretooth. He defeats Sabretooth and he confronts The Professor while telling Dr. Abraham Cornelius and Dr. Carol Hines to leave. When Weapon X restrains him at claw-point, The Professor reveals that all Weapon X subjects were implanted with a dormant and deadly virus known as the "Shiva Strain" as a failsafe. The Professor also reveals that the virus would kill a normal human in one year but has no idea how long the virus would kill a human mutant.

Later in the present, Logan, who now goes by "Wolverine", is now a member of the X-Men and he has told Beast what he remembers of his past. Beast tells Logan/Wolverine that the Shiva Virus has bypassed his healing factor and will kill him in two days if the cure is not found (ironically, which is on Logan's birthday). Professor X tells Wolverine to try to find the cure in the Weapon X Facility while Beast provides Wolverine with an implanted wristwatch telling him how much time he has left. After being flown to Edmonton by Cyclops and Jean Grey, Wolverine uses a private plane flown by a female pilot to get to the Weapon X Facility. However, the plane is shot down. He survives the plane crash and starts making his way towards the Weapon X facility.

Wolverine fights his way to a cavern where the spirit of the Wendigo lives. Wolverine fights with Wendigo and wins. Wendigo gets up and throws Logan out of the cavern where he lands on snow. Logan sees a Weapon X truck and jumps on it. Logan reaches the Weapon X Facility and sneaks in. On the way in, he is ambushed by a group of GIs. The sound of gunfire starts and Wolverine is surprised that he's not shot. He then sees another GI who shot down the ambushers. When Wolverine asks him why he let him live by asking "Am I supposed to thank you, or are you just a lousy shot?", the GI states, "Lets just say it's not your time to die...yet." Wolverine examines him a moment and he asks "You're not quite human, are you?" To which the GI states, "You should talk." As he walks away. After fighting through the base, he access a database and finds that the Weapon X scientists are at the Void (a maximum security mutant detention center that's similar to the Vault) so he makes his way there. Leaving, he is attacked by Sabretooth again. Sabretooth is defeated and grudgingly gives Wolverine the Part B of the virus cure after stating that he knew about the Shiva Virus a long time ago.

Later, Logan goes to The Void where he sees Colossus who lets him enter the facility after he was informed by Professor X about Logan's condition. While Logan is fighting his way on the Facility, Sabretooth comes to the Void and takes out some of its security on his way to get to the Weapon X scientists. Sabretooth then releases Alpha-Class mutants Omega Red, Magneto and Juggernaut from their prisons. Meanwhile, Logan finds Dr. Abraham Cornelius and Dr. Carol Hines. Abraham Cornelius gives Logan the formula of Part A of the cure. Due to the Void blocking Logan's contact with Professor X, he ends up having to head outside to relay the info to him. Upon leaving, he warns Abraham Cornelius and Carol Hines that Sabretooth is also looking for them. However, when Logan reaches the roof, he is faced by Juggernaut. When Logan defeats him, Colossus tells Wolverine that Magneto and Omega Red were the other two Alpha-Class mutants that were freed. As Colossus drags the unconscious Juggernaut back to his cell, he points to the device that will help Logan get out. Logan destroys the Void Shield and relays the info of the Part A cure to Professor X after being told that Beast has synthesized the Part B of the Shiva Virus cure. Logan then heads out to find and defeat Magneto after Professor X detects magnetic signatures.

After Logan escapes, May Deuce the Mutant Hunter Boss comes to the Void to lead the Mutant Hunters into hunting down Wolverine and the other escaped mutants. While looking for Magneto, Logan is contacted by Professor X stating that the Magnetic Flux Limiter Collar on him has suppressed Magneto's magnetic powers long enough for him to become more powerful. Logan comes across a ruined highway and uses a motorcycle which he rides into a ruined town. Logan manages to find Magneto in a steel mill. Logan tries to stop Magneto's moves, but he has to kill all the Mutant Hunters at the same time. Logan defeats Magneto and knocks him unconscious. Upon being told by Professor X that too much magnetic interference is preventing Rogue from homing in on him, Logan then makes his way to the city leaving Magneto for any Mutant Hunters sent from the Void.

Meanwhile, Apocalypse and Mister Sinister watch every move from Wolverine as they prepare their Horsemen of Apocalypse.

Wolverine lies on his bed and then suddenly realizes that he hasn't found and defeated Omega Red upon remembering the escaped mutants that Colossus told him about.

X2: Wolverine's Revenge is a action-adventure game released in 2003 to coincide with the release date of the film X2: X-Men United. It was the first title to feature Wolverine in a starring role since Wolverine: Adamantium Rage. The player helps Wolverine claw his way past the heavily guarded areas of Department H to piece together fragmented clues to Wolverine's murky past and, more importantly, to save his life. The game was released as a promotional tie-in to X2 but featured an original story by famed comic book writer Larry Hama, and does not take place in the continuity of the film series. Wolverine has 48 hours to find an antidote to a deadly Shiva virus circulating in his bloodstream and the clues point to Department H's Weapon X facility, the Canadian fortress where he had his skeletal structure fused with adamantium.

The action is played from a third-person perspective as players fight a number of armored soldiers, mutant creatures, and archenemies such as Sabretooth, Magneto, Wendigo, Lady Deathstrike, and Juggernaut. While Professor X is able to assist Wolverine with powers of telepathy, the surly comic book hero must ultimately carry out his adventure alone. To that end, players must tap into Wolverine's unique talents to overcome all manner of obstacles. Wolverine will be able to hunt and track his prey using his heightened sense of smell and ability to detect body heat. As Wolverine makes his way through the military compounds, he will need to avoid defense systems and guards, and find ways into locked rooms to discover the information he needs to survive.

When engaged in combat, Wolverine can retract and release his adamantium claws at any time to perform slashing attacks, aerial combos, and a number of different throws. The strike moves used in battle are the Combat Strike Moves, which initiate a short cut-scene where Wolverine attacks the enemy.

Wolverine's unusual healing ability allows him to withstand punishment that would kill an average human being, but he can become wounded over time. Sustaining major injuries triggers a feral rage, imbuing Wolverine with greater strength and the ferocity to take on multiple foes at once. Veteran actor Mark Hamill provides the voice-over for Wolverine, while Patrick Stewart reprises his film role as Professor X.

Retrieved from "https://marvel.fandom.com/wiki/X2:_Wolverine%27s_Revenge?oldid=5653504"
Community content is available under CC-BY-SA unless otherwise noted.