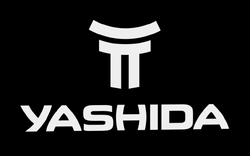 The Yashida Zaibatsu, a technology development company, was formed at some point after World War II by Master Yashida. Obsessed with his own mortality, Yashida spent billions of his own wealth to seek out Logan, the man who saved him from the atomic bombing of Nagasaki, and extending his own life. With the corporation almost bankrupted, it fell to Yashida's son Shingen to hide his father's expenses from the company's shareholders.

With the help of his bodyguard Yukio, Master Yashida, now on his deathbed, was finally able to locate Logan and bring him to the company's headquarters in Tokyo. Yashida offered to "cure" Logan of his immortality - which Yashida would use to prevent his own death - but Logan refused his offer. Master Yashida passed away that night, and left control of the zaibatsu to his granddaughter, Mariko. Shingen, infuriated that control of the company was not passed on to him, arranged for the corrupt Minister of Justice Noburo Mori to marry his daughter and hire the Yakuza to assassinate her. After the Yakuza attacked Master Yashida's funeral, Mariko and Logan fled to her family's home in Nagasaki, but it would not be long before the Yakuza kidnapped Mariko and brought her back to Tokyo, where the Black Clan, a clan of Ninja loyal to the Yashida family, and Viper, Master Yashida's personal doctor, killed the Yakuza guards, incapacitated Shingen, and abducted Mariko. Logan and Yukio tracked Mariko to Shingen's location, but arrived too late. Using Master Yashida's medical bed, Logan found a device attached to his heart Viper planted there when he first came to Japan to disable his regenerative mutant ability. As Logan was attempting to remove the device himself, Shingen burst into the room wielding a Samurai sword, ready to kill the both of them. Yukio was able to hold off Shingen until Logan was able to remove the device, and Wolverine put an end to the corrupt Shingen.

The Black Clan, however, left behind a message for Logan leading him to Master Yashida's home village, where Viper operated a secret laboratory dedicated to extending Yashida's life. The Ninja were able to subdue Wolverine, and he came to bound to a strange device in Viper's lab designed to hold his adamantium claws out long enough for his immortality to be transferred to a large, mechanical suit of Samurai armor. With help from Harada, the head of the Black Clan and Mariko's former lover, Logan was able to free himself from the device and fight the mechanical Samurai. During the fight, the armor cuts off both of Wolverine's claws, and the armor's pilot is revealed to be Master Yashida himself, who had faked his own death. As Yashida forcefully extracted Wolverine's regenerative mutant ability, Mariko threw Logan's severed claws into her grandfather's head and neck, causing him to loose his grip on Logan. Using the opening, Wolverine plunged his regenerated, bone claws into Yashida, and threw the man he once saved to his death.

With her father and grandfather dead, control of the Yashida Zaibatsu fell firmly in Mariko's hands, and, as her first act, gave Logan his own personal jet and bodyguard in Yukio.[1]

Retrieved from "https://marvel.fandom.com/wiki/Yashida_Corp_(Earth-10005)?oldid=3543846"
Community content is available under CC-BY-SA unless otherwise noted.