Yelena Belova. Always the master of understatement, that one.

Yelena Belova (Russian: Елена Белова; Ukrainian: Олена Бєлова) was trained in the Red Room Academy, where she claimed her physical test scores exceeded those of her rival Black Widow,[4] but unlike those who were a part of the Black Widow Ops Program she underwent only physical training.[7] One of her first known missions was delivering a device which would lower the barriers surrounding Attilan to aid in invasion.[8] When the United States and Russian governments sent Natasha Romanova after the Deathless Frenzy, Yuri Stalyenko sent Yelena from the Red Room, at her own insistence, to shadow Natasha to ensure that the serum ended up in Russian hands. After being fooled into thinking Natasha was dead, Yelena headed to Rhapastan to stop Colonel Khan and the Deathless Frenzy. She failed and was captured. It was only through the efforts of Natasha Romanova that Khan's plans failed, although Yelena learned some important lessons from her failing.[9]

Shortly after, Yelena was used by Natasha in her plans to find out what General Stalyenko was up to. Yelena was captured from her home by S.H.I.E.L.D. agents. Natasha, Fury, and a reluctant Daredevil had her face surgically swapped with Natasha's. Wandering New York in shock, Yelena nearly lost her mind. After the whole affair was over, Natasha revealed that she had done this to try and help Yelena see that spies were not heroes but tools who get used for nasty business. Yelena felt violated and compared it to a rape of her identity.[10]

Sometime after 'solving' the murder of her mentor Lt. Col. Starkovsky[11] Yelena left the life of a spy behind her for a short time and began a lingerie model; she also owned a lingerie empire that turned over half a million dollars a month, a couple of soft-core porn channels in Moscow, and homes in six different countries including Havana, where she helped keep female sex workers safe and distributed medicine to those affected by AIDS. In return for a place to stay, Yelena asked Natasha for help in exporting stolen medical supplies from Miami. To Natasha's surprise, she found the medical supplies to be from Gynacon and that the woman Sally Anne Carter was actually taken by the mafia.[12] Kestrel and Martin Ferris captured Natasha in Miami and attempted to alter her mind using drugs to find out what she knew. Yelena, with the help of Daredevil, rescued Natasha, who then tracked and killed Kestrel and Ferris. In all the madness, Natasha learned that Sally Anne had been experimented on by Gynacon but had escaped.[13]

The Avengers were confronted by Yelena and a rogue S.H.I.E.L.D. battalion illegally mining Vibranium in the Savage Land. They attacked the Avengers in order to kill them but an intervening Sauron burned Yelena's upper body severely. Once in ICU, she was offered a way to take revenge for what happened to her and eventually kill Spider-Woman in the process.[14] A mysterious man approached her with A.I.M. scientists in tow, promising to make her more powerful than before, even more powerful than the Avengers, which would make her the new Adaptoid.

Months later, just prior to the wedding of Luke Cage and Jessica Jones, Yelena attacked the Avengers in their tower. The nature of the Adaptoid's powers made her unconquerable by her new ability to host every power she had been attacked with. Although strengthening herself by taking in the Sentry's powers, she weakened herself by also taking in the Void's. When the mysterious man behind this scheme saw that Yelena wouldn't be able to kill Spider-Woman, thus becoming disposable, he pushed the remote fail-safe button and seemingly killed her.[5]

Yelena later turned up alive and was working with the superhero black-ops team Vanguard, but was again forced into hiding when the team disbanded.[15] After the Skrull Invasion, Norman Osborn approached Yelena when she was stealing from an abandoned S.H.I.E.L.D. facility. However, this Yelena turned out to be Natasha, the original Black Widow in disguise under Nick Fury's order to infiltrate the Thunderbolts. However, Osborn had in fact known all along who she was and used her to strengthen the bonds of his Thunderbolts and lead him to Fury and Songbird to be executed.[16]

After Natasha and Songbird managed to escape, while Fury was revealed to be an LMD, Osborn decided to awaken the real Yelena, who had been kept in stasis within Avengers Tower. She was later recovered by A.I.M., who invited her to join their High Council as the Minister of State in their newly formed country of Barbuda.[3]

Several clones of Yelena were in the process of being grown by the reformed Red Room as part of a plan to bring back their best agents to their fold in case they died. When a clone of the deceased Natasha Romanoff found out about this program and her own origin as a clone, she rebelled against her creators and started to undermine her superiors. Natasha secretly activated three amnesiac clones of Yelena that were being grown by the same program that gave her life.[18] Natasha murdered the real Yelena so one of her clones could impersonate her.[19] She used an amnesiac clone of Yelena to fake the death of one of her targets, ex-S.H.I.E.L.D. agent Sally Blevins. After being sighted at the scene by Hawkeye and the Winter Soldier, Natasha had the first clone of Yelena impersonate her to throw them off. The Winter Soldier let this clone go after capturing her, but failing to get any information from her, Natasha killed her when they met up.[18]

When she was destroying the cloning program responsible for her existence, Natasha clone killed most of the clones. One of the two duplicates she spared was the third clone of Yelena. Black Widow had the psychic Epsilon Red grant the memories of the original Yelena to her unconscious clone, as a way to amend having killed her.[20]

Yelena was recruited by Justin Cask to free Dr. Durst from a S.H.I.E.L.D. prison in Antarctica. She was issued a white version of Natasha's Black Widow costume and dropped off at the facility. There she learned she had been set up, as she was there solely to be used as a practice target for Dr. Durst and his soldiers. However she found that the Red Guardian had been held captive in the prison and managed to free him, allowing him to fight Durst's forces while she escaped. Yelena then hacked Cask's financial accounts and donated all of his vast fortune to various charities, deciding to be a hero in her own way.[21]

Yelena learned that Natasha had been kidnapped and brainwashed into believing she was “Natalie” an architect as well as a wife and mother, Yelena infiltrated her life as Helen, a babysitter for Natasha's son.[22] When Natasha's memories returned, Yelena helped her escape.[23] Becoming Natasha's ally, Yelena assumed the identity of White Widow and the two began plans to recruit other heroes to help Natasha.[24]

Yelena was extensively trained in espionage and various forms of armed and unarmed combat, being a master martial artist. She is highly intelligent and is an Olympic-level gymnast.[25]

The Black Widow possesses the normal human strength of a woman of her age, height, and build who engages in intensive regular exercise.[4]

Yelena wears a Kevlar costume and uses bracelets which release electric blasts (her Widow's bite). It is unknown whether they can also launch a cable similar to Romanoff's.[25] 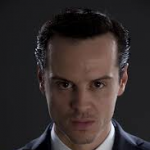