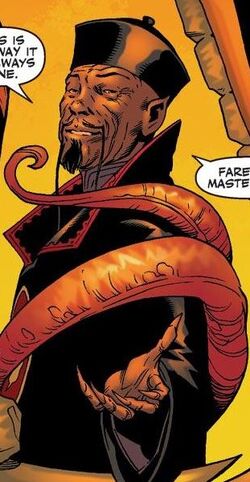 Plan Chu
Prime Marvel Universe
(Earth-616)
Plan Chu was an international spy responsible for the Atlas Foundation. During the 1950's he was the primary antagonist of FBI agent Jimmy Woo, whom the Yellow Claw deemed a successor for his organization. The 'Alternate Reality Versions' described below are alternates of Plan Chu. Other characters using the name Yellow Claw, are described in the 'Others' section.
Alternate Reality Versions 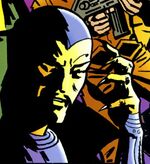 Captain America was thawed out in the present day
(Earth-84444)