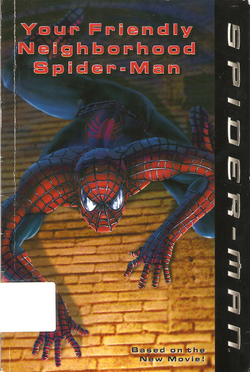 Peter Parker sits on the 7 train to Shea Stadium with butterflies in his stomach to cover the New York Mets game. During the fifth inning, police chase a jewlery thief to the stadium so Peter changes to Spider-Man. Just as the thief is about to cross home plate, Spider-Man catches him saying "you're out!" Unfortunately, Peter forgets to take a picture to his boss J. Jonah Jameson's displeasure, although reporter Tony Targo covers the main events for the Daily Bugle. Spider-Man later saves a forty-two-year-old father and window wiper from a deadly fall. Buck Decker reports for story for the Daily Bugle this time. The next day is Peter's first day off in weeks, but he has to deposit his paycheck before his rent check bounces. At the bank, Peter finds three bank robbers and foils their crime as Spider-Man. Once again, Tony Targo reports the story but this time Peter manages to take a picture of his actions as Spider-Man.

Peter sits on a city bus daydreaming about winning the Pullitzer Prize for his photographs when traffic comes to a standstill. He feels his spider-sense and spots a burning building where he changes to Spider-Man and saves a baby. Aunt May invites Peter and some of her neighbors for Sunday supper. Peter anticipates many of his favorite foods—meat loaf, mashed potatoes, and green beans with coconut cream pie for dessert. Unfortunately, Aunt May runs out of butter so Peter offers to run to the store. A thief in a black jacket and sunglasses robs the store and right before Peter arrives on the scene. Once again, Peter changes to Spider-Man and stops the robber with his webbing, even when confronted with a gun. The police arrive and arrest the thief and Spider-Man heads home only to find himself still with no butter.

The events in the book happen between Spider-Man and Spider-Man 2. Each chapter ends with a Daily Bugle report summarizing each chapters' events.


Novels
Retrieved from "https://marvel.fandom.com/wiki/Your_Friendly_Neighborhood_Spider-Man_(novel)?oldid=5227879"
Community content is available under CC-BY-SA unless otherwise noted.