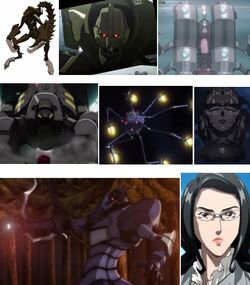 Zodiac is a terrorist organization with ties to A.I.M. (Advanced Idea Mechanics) through use of their technology to produce Scorpio, Taurus, Sagittarius, Virgo, Aries, Aquarius and Cancer mechs. as well as the inclusion of the Pisces Virus. Led by Minister of Defense Kuroda, its membership includes Ho Yinsen and Dr. Chika Tanaka. Zodiac has also manipulated various others into assisting their goals.[citation needed]

The group's apparent overall plans are to enact a coup d'état and rebuild Japan as a military nation, then expand their rule over the rest of the world under Minister Kuroda. Dr. Chika Tanaka's involvement with Zodiac is revealed when Kuroda in his Rasetsu armor states this, takes control of Chika upon activating her Zodiac warrior side (Gemini Armor), and has her attack Iron Man. Chika manages to break free from Kuroda's control as Iron Man goes to fight Kuroda. Chika then sacrifices her life to power the Arc Reactor, which gives Iron Man the power to obliterate Kuroda and end Zodiac's attack on Japan.[citation needed]

Retrieved from "https://marvel.fandom.com/wiki/Zodiac_(Earth-101001)?oldid=5568934"
Community content is available under CC-BY-SA unless otherwise noted.